My interests lie in Greek literature and philosophy, and their particular bent at the moment is toward the family: especially, the question of how fifth and fourth-century Greek poetry and thought make use of developing understandings of family relation to constitute broader political and religious concepts, including: ancestral fault, obligation to the dead, ethnicity, and the relationship between humans, gods, and the natural world.  In the past two years I have worked on a series of small projects focused on the figure of the eidolon (shade, or ghost), in relation to ancient funerary artwork and inscriptions, Middle Platonic philosophy, and modern feminist artwork and theory. My dissertation treats the reception of Classical (literary, philosophical, and medical) conceptions of family in the work of two catholic writers of Imperial Greek, Galen and Plutarch; their readings of the Classical material, I argue, constitute a crucial watershed in its transmission.

I like learning modern languages (most recently, Modern Greek and Arabic) and cooking legumes. At Princeton, I am a resident graduate student for Mathey College, where I co-direct the Edwards collective, a residential community for students interested in the arts. I very much hope to someday own goats. 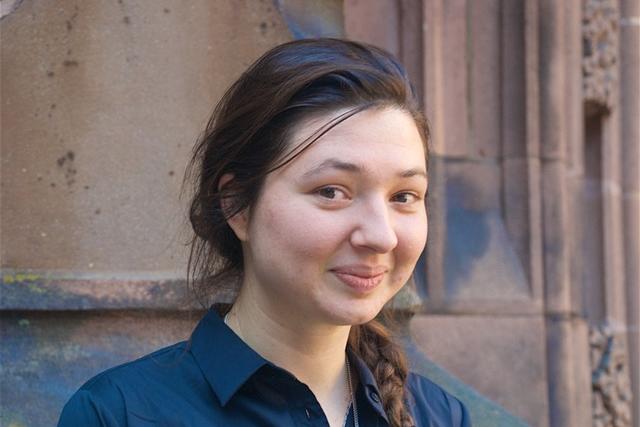