Broadly speaking, my research centers on Greek and Roman history, especially the social and cultural history of the Roman Republic. In my dissertation, Roman Women on the Home Front in the Second Punic War (218-201 BC), I examine the impact of this pivotal and socially disruptive conflict on women’s lives and Rome’s gender system. How did Roman officials co-opt women’s bodies and work to support the war effort? How did wartime society use, transform, or reproduce existing conceptions of femininity and masculinity? How were lived experiences and normative gender identities conditioned by intersecting axes of juridical, social, and marital status? My work, investigating topics ranging from mourning practices to religious activity to reproduction and sexuality, reveals a society struggling to respond to new realities on the home front, where both femininity and masculinity were at stake and were being managed in new ways.

Since 2013, I have been heavily involved in the American Excavations at Morgantina: Contrada Agnese Project (CAP), an ongoing research and excavation project investigating developments taking place in the urban center of Morgantina (Sicily) between the 3rd and 1st centuries BC. I now serve as the Director of Materials Management at CAP, coordinating the post-excavation processing and conservation of all artifacts, bulk ceramics, and environmental material. I also have prior field experience on archaeological excavations in Spain and Pompeii.

I am passionate about teaching and have enjoyed my teaching experiences at several institutions. At WashU, I was a teaching assistant for courses on Roman art and archaeology as well as ancient magic. At Princeton, I have taught courses on ancient history (CLA/HIS 217, “The Greek World in the Hellenistic Age”) and advanced Latin language (LAT 335, “Ovid’s Metamorphoses”), for which I received an APGA Teaching Award in 2015. From Fall 2015 through Fall 2016, I took a leave of absence from Princeton to pursue a unique teaching opportunity at John Burroughs School in St. Louis, where I taught Latin and Greek at all levels. 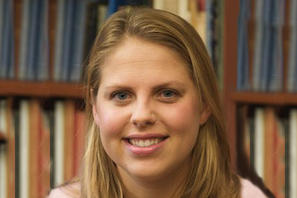