A native of New York City, I was educated at Dartmouth (B.A. 1969) and Harvard (M.A. 1971, Ph.D. 1975) and began my university teaching career at the University of Chicago, where I was the Avalon Foundation Distinguished Service Professor in the Humanities before joining the Princeton faculty in 1997 as Professor of Classics and Kennedy Foundation Professor of Latin. I have taught and written mainly in the areas of Roman rhetoric, the history of ancient education, Roman ethics, and textual criticism.

My books have addressed topics ranging from the social structure of Roman education in the fourth and fifth centuries CE (Guardians of Language: The Grammarian and Society in Late Antiquity: Berkeley 1988) to the cultural psychology of the Roman elite in the late Republic and early Empire (Emotion, Restraint, and Community in Ancient Rome: Oxford 2005) and have included editions and annotated translations of Suetonius (De grammaticis et rhetoribus, Latin text with introduction, translation, and commentary: Oxford 1995), Cicero (Speech on Behalf of Publius Sestius, translation with introduction and commentary: Oxford 2006), Seneca (Seneca: Anger, Mercy, Revenge, with Martha Nussbaum: Chicago 2010), the Saturnalia of Macrobius (Loeb Classical Library edition, 3 volumes: Harvard 2011), and Cicero's Brutus and Orator (Oxford and New York 2020). The Oxford Classical Texts series has published my critical editions of the Saturnalia (2011) and Suetonius' De uita Caesarum (2016, with a revised edition of De grammaticis et rhetoribus). The Appian Way: Ghost Road, Queen of Roads, a travelogue-cum-historical and cultural essay, appeared in the University of Chicago Press's “Culture Trails” series (2012), and I collaborated with Ruth R. Caston in editing Hope, Joy, and Affection in the Classical World (Oxford 2016), which honors the work of David Konstan. I completed and prepared for publication the edition of Servius on Aeneid 9-12 that the late Charles Murgia left unfinished at his death (Serviani in Vergili carmina commentarii: Commentarii in Aeneidos libros IX-XI: Oxford 2018) and am preparing another contribution to the Oxford Classical Text series, comprising a new editon of Seneca's De beneficiis, De clementia, and the Apocolocyntosis.

My undergraduate teaching ranges from the introductory courses in Latin—including “Turbo-Latin,” an intensive immersion that combines two semesters of instruction in one—through intermediate courses on “Roman Letters” and “Insult, Slander, and Invective in Latin Literature,” to advanced courses on a range of authors and texts, mostly prose. My graduate teaching has included the semi-annual survey of Latin literature and seminars on Cicero, Seneca (with Andrew Feldherr), epistolography, Roman culture in the age of Tiberius (with Ted Champlin), and textual criticism. 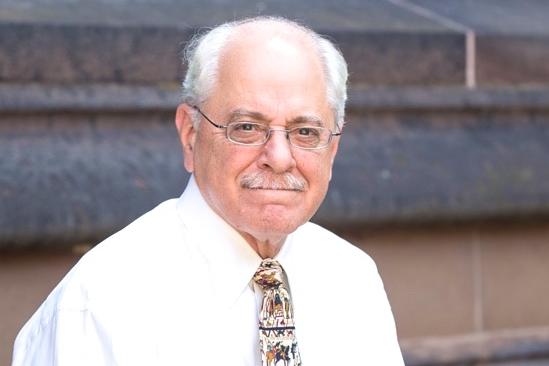