I have worked on Latin literature and on Roman culture more broadly, including especially Roman religion and time. After my first degree at Auckland University in New Zealand, I went to Oxford for my D.Phil. (1982), and after positions both in Britain and the United States I came to Princeton in 2000.

In addition to articles on Latin literature (particularly on my favourite Latin poets, Catullus, Virgil, Horace, and Ovid), I have written four books. The Gods in Epic (Oxford, 1991) investigated the problem of how gods were represented in (especially Latin) epic, focusing on the problems of fiction involved in negotiating the boundaries between Roman religion and epic forms of representation. My second book, Literature and Religion at Rome (Cambridge, 1998), looked more broadly at the problem of the interaction between the literary and religious systems of Rome, framing the issues in terms of a dialogue between the way scholars tend to read Greek culture and Roman culture more generally. Caesar’s Calendar (California, 2007), based on my Sather Classical Lectures of 2004, examined Roman constructions of time, in terms of synchronism, historical vs. mythical time, and calendrical time. My most recent book, Beyond Greek: The Beginnings of Latin Literature (Harvard, 2016) is about why Rome developed a literature in the Latin language when it shouldn’t really have done so.

I teach the range of undergraduate Latin courses in the department, from Beginner’s Latin (both in the regular and the ‘turbo’ varieties) to upper-level reading courses. I am a regular participant in the Humanistic Studies sequence (HUM 216-217, from Classical Antiquity to the Middle Ages, and HUM 218-219, from the Renaissance to the Modern World). Graduate courses have included ‘Beginnings of Latin Literature’, ‘Virgil’s Aeneid’, ‘Aetiologies’, ‘Livy 1-5’, ‘Horace’s Odes’, ‘Ovid’s Fasti’, ‘Lucan’s Bellum Civile and Statius’ Thebaid’, ‘Ancient Literary Criticism’ (with Andrew Ford), and ‘The Culture of the Roman Middle Republic’ (with Dan-el Padilla Peralta). 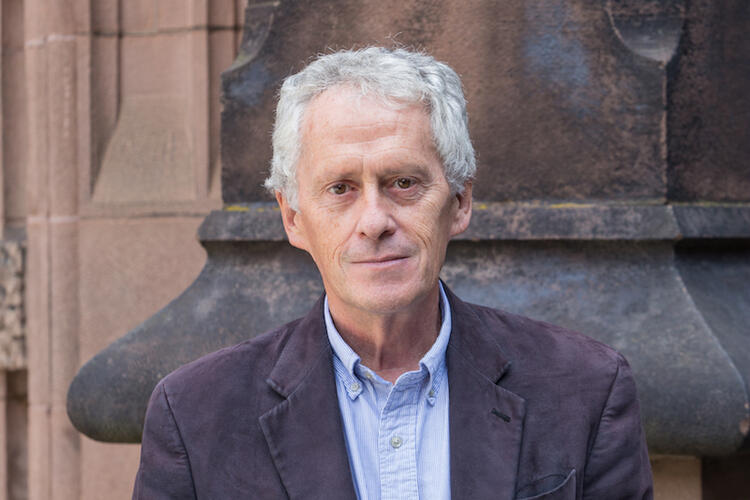 History of the Roman Republic