I specialize in Latin literature, Roman cultural history, and history of ideas. I received my Ph.D. at UC Berkeley in 2004. In 2004-2005 I held the APA-NEH postdoctoral fellowship at the Thesaurus Linguae Latinae in Munich. I taught at Trinity College in Hartford, CT, before coming to Princeton in 2007.

I am interested in how literary texts shape, and are in turn shaped by, social and cultural forces. My first book, A Written Republic: The Cultural Politics of Cicero's Philosophy (Princeton 2012), locates the body of philosophical work Cicero produced in the 40s BCE under Caesar's dictatorship in its historical and cultural context, investigating writing philosophy as a cultural act. My second book, Reading Roman Pride (Oxford 2020), uses a variety of approaches to investigate the political and literary transformations of the social emotion of pride in Latin texts. I co-edited, with C. van den Berg, a special issue of AJP on intertextuality (134:2013). I published articles and chapters on Pliny, Vergil, Lucan, and both Senecas, and contributed lexicographical articles to the Thesaurus Linguae Latinae: my particular favorites are the adjective popularis and the exclamation pol.

I am currently working on a study of post-Vergilian pastoral, especially Calpurnius Siculus, and pursuing smaller projects on post-Vergilian epic. I have also returned to Cicero and am tackling the challenge of writing a Very Short Introduction to his outsized corpus. Another new and exciting undertaking is a translation of Ovid’s Metamorphoses for Modern Library: this is a collaboration with the amazing writer and translator Jhumpa Lahiri.

I enjoy teaching Latin at all levels, from beginning language courses to graduate seminars on Latin literature. In addition to Cicero, Seneca, and pastoral, I have taught undergraduate courses on Roman Satire and Plautus and offered graduate seminars on Roman Epistolography and Senecan tragedy. I have supervised undergraduate independent work on a wide variety of topics, including Lucan, Horace, Rome's stone theaters and ancient emotions. Currently I am directing dissertations on Vergil’s Eclogues, Petoronius’ Satyrica, and time and space of exile. In the spring of 2013 I was awarded the President's Distinguished Teaching Award. 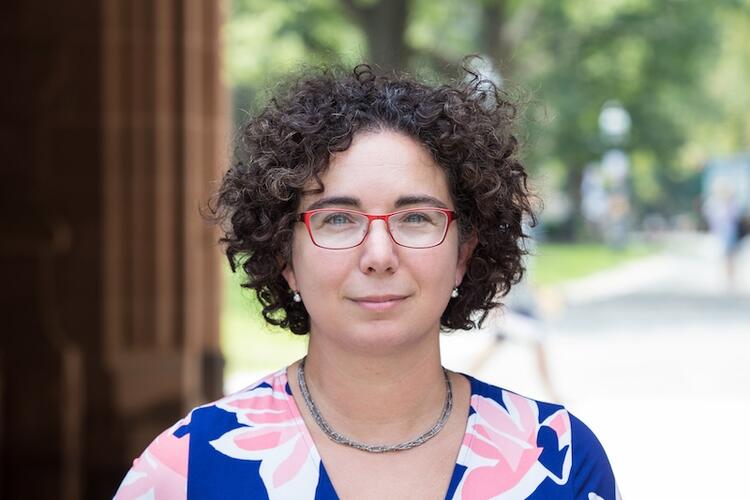