I received my A.B. with Departmental Honors in Classics from Bowdoin College in 2009. After backpacking in Europe and Asia and working in a bookstore and for the Portland, ME office of the Census Bureau investigating fraud, I pursued further post-baccalaureate studies at Columbia University. Through New York City’s university consortium, I was able to improve my Biblical Hebrew at Union Theological Seminary and Jewish Theological Seminary (after I had taught myself the language in undergrad) and began studying Akkadian at New York University. For my PhD, I attended the Ohio State University, where I was the first to graduate from the Classical Antiquity and the Near East track in December 2019, which I also helped to design with my advisor, Carolina López-Ruiz. Before coming to Princeton, I served as a lecturer at Ohio State.

My work has primarily focused on interactions between the Greeks and the Near Eastern world, and typically introduces methodologies from the study of globalization to better understand Greek literature, mythology, and identity in the context of Near Eastern imperial appropriations of literature and mythology. Most of my work centers on the Archaic and Classical periods (especially interrogating the so-called “Orientalizing Period”), but often wanders astray into other time periods and even into Roman literature and reception topics. My dissertation, “He Brought a Message Back from Before the Flood”: The Iliad and Neo-Assyrian Ideology and Propaganda reads the Iliad in the context of the rise of the Neo-Assyrian Empire and its domination of the eastern Mediterranean world. Using insights from the study of globalization, post-colonial studies, and reception studies, I argue that long-established literary parallels found in the Iliad and Near Eastern literatures (especially the Epic of Gilgamesh) are not the result of passive influence from floating motifs, but rather reflect Greeks’ (and Homer’s in particular) active adoption and adaptation of prestigious Assyrian cultural elements to renegotiate Panhellenic culture and identity for a globalizing eastern Mediterranean world stage. While preparing my dissertation for publication as a monograph, I am also pursuing smaller projects other Greek archaic poetry from the same perspective and I have published several articles, book chapters, and book reviews on similar topics.

My wider goals are to place Greco-Roman literature and culture within a wider Mediterranean perspective. I have been greatly influenced by the classics of Mediterranean Studies, such as Fernand Braudel and The Corrupting Sea (which ultimately led to the academic study of globalization), and I am an active participant in the Mediterranean Seminar.

When not engaged in academic pursuits, I can often be found cycling, hiking, or tying my own flies for fly fishing. 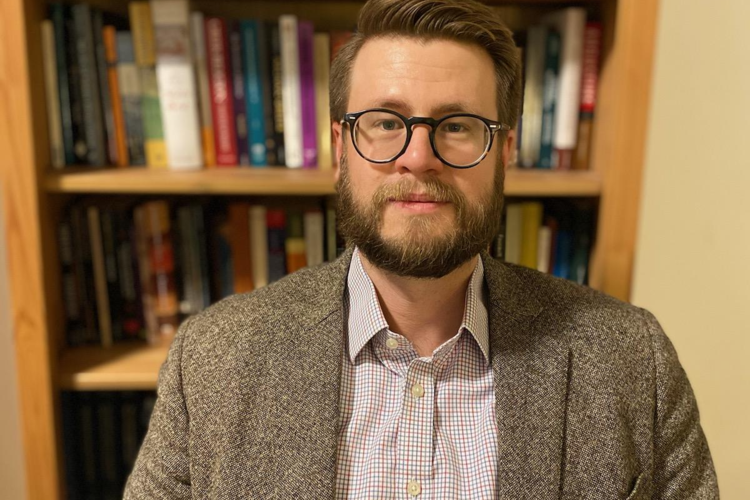