I was trained as a comparatist at Yale, N.Y.U., and Princeton, and have always been interested in tracing the boundaries between texts, genres, disciplines, languages, and literary traditions. Much of my work focuses on questions of translation, and especially on the many afterlives of Greek antiquity in twentieth-century literature and thought. My work on American and Greek modernist poetics, translation theory and practice, and twentieth-century philosophy has appeared in the Journal of Modern Literature, Comparative Literature, the Journal of Modern Greek Studies, and October. Before returning to Princeton in Fall 2017, I taught at Claremont McKenna College for three years.

I am currently completing a book manuscript tentatively titled “Modernist Hellenism: Eliot, Pound, H.D., and the Translation of Greece.” Focusing on the ways in which Pound’s and H.D.’s approach to Greek in particular diverges from the dominant discourses on and practices of Hellenism current in the late nineteenth and early twentieth centuries (including Eliot’s), I make a claim for the existence of a politicized and specifically modernist—rather than, say, classicizing or romantic—Hellenism, which is at once “free” and un-Greek by traditional philological and institutional standards and at the same time profoundly textual. The book demonstrates that Pound, H.D., and Eliot all turn to Greek literature, and especially tragedy, at crucial points in their careers and that it is through their translations and adaptations from Greek that they first address both poetological questions, such as the form of new poetry in English, and sociopolitical ones, such as the relevance and role of poetry in times of war. This process culminates in their theatrical experiments with Greek tragedy in their later work; understanding their engagement with Greek, I argue, is central to a full understanding of their late great “original” works (the last installments of Pound’s Cantos, H.D.’s Trilogy and Helen in Egypt, Eliot’s Four Quartets).

In my work on Modern Greek literature, I explore its relation to the long Hellenic past while also embedding it in European and global literary, intellectual, cultural, and political contexts, emphasizing its relevance for their study. I have written on Yorgos Seferis’s translations of Ezra Pound and of the Septuagintal Song of Songs, on C.P. Cavafy’s poetic use of citations from older Greek texts in relation to broader modernist citation practices, and on Greek Surrealism. My next project will examine literary bilingualism, focusing in particular on Greek poets such as Dionysios Solomos, Andreas Calvos, and Nicolas Calas; I intend to study the effect that the traffic between languages has on literary production and hope to extend the project to other nineteenth- and twentieth-century bilingual writers.

Finally, I am also very interested in pursuing a project on untranslatability, which would explore what has been posited as untranslatable (among other things, the “genius” of a language, poetic meter—especially Greek—and rhyme, translations themselves) and the ways in which the trope of untranslatability has been deployed by literary writers, philosophers, and theorists of translation. 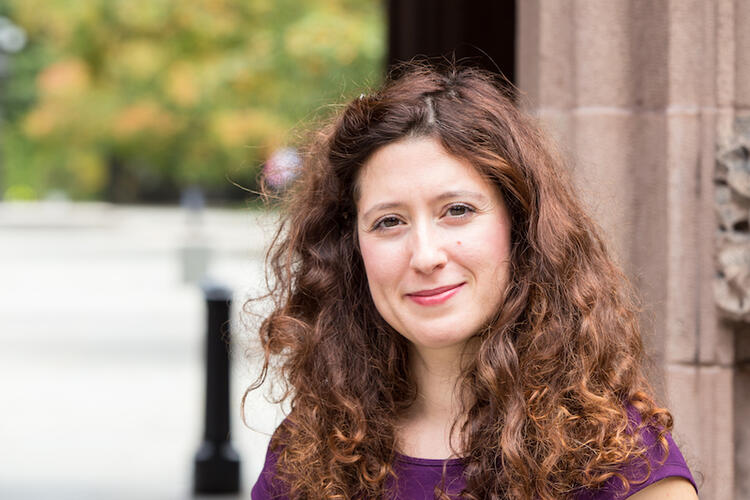 Assistant Professor of Classics and the Stanley J. Seeger '52 Center for Hellenic Studies