I received my undergraduate degree (1983) from University College, Oxford, where I studied ancient history and classical literature (Greats), and my Ph.D. (1993) in ancient history from the University of Pennsylvania, under the supervision of Robert E. A. Palmer. I taught at Franklin and Marshall College (Lancaster, PA) from 1994 (I shared a job with my husband, Michael Flower) until I moved to Princeton in 2003. From 2010 to 2018 I served as Head of Mathey College, one of six residential colleges for undergraduates at Princeton.

My research has tended to focus broadly on the interrelated topics of spectacle and memory in Roman culture. My book Ancestor Masks and Aristocratic Power in Roman Culture (Oxford, 1996, paperback 1999) was the first monograph to explore the nature and influence of the Roman custom of making beeswax masks (imagines) of politicians who had held the office of aedile or higher. These masks, stored and labeled in small cupboards in the atrium of the Roman house and paraded at funerals (first of the deceased and then of his relatives who had died earlier), were potent symbols of power both in their own right and in relation to a rich iconography of other prestigious items. My discussion collects all the evidence and analyzes the use of these masks, and their associated inscriptions and funeral speeches, by Romans from early times to Late Antiquity. Consequently, I explore how social and political prestige was represented and communicated by leading Roman families, within the specific context of an élite defined by election to political office.

In 2006 I published The Art of Forgetting: Disgrace and Oblivion in Roman Political Culture (Chapel Hill, NC, paperback 2011). This second book examines a wide range of practices of erasure, disgrace, and denigration, which modern historians have tended to collect under the label of damnatio memoriae (an expression not used by the ancient Romans themselves). My study elucidates the complex nuances and frequent self-contradictions to be found in Roman thought and custom, ranging from early times to the death of Hadrian. The Roman community and its leaders were frequently torn between the desire to forget a traitor or a “bad” emperor and the competing need to hold that same person up as a negative example. As a result, I have argued that both commemoration and erasure of the past were central to Roman society, and that each practice changed as republican politics gave way to a system of one-man rule.

In recent years I have concentrated more on the republican period. 2010 saw the publication of Roman Republics (Princeton, paperback 2011), a succinct treatment of periodization and its implications for the study of republican political culture in Rome. In this book, I argue against a single Roman Republic (traditionally 509 to 49 or 31 BC) and in favor of a different scheme of multiple republics within this time period. Multiple republics imply a whole series of new beginnings and endings, as well as periods of transition or dictatorship. However, my aim is not to establish my model (of 6 republics) as the new orthodoxy, but rather to encourage debate and a more flexible use of periodization to meet the needs of a variety of different historical analyses.

In 2014 the second, expanded edition of The Cambridge Companion to the Roman Republic, was published, ten years after I edited the first version. This collection of essays by scholars from different countries and at various stages in their careers, offers an overview of major themes in republican history and culture.

The Dancing Lares and the Serpent in the Garden: Religion at the Roman Street Corner (Princeton University Press, 2017) received the Charles J. Goodwin Award of Merit from the Society of Classical Studies in 2018. This book uses the rituals and iconography of typically Roman deities (the lares and the genius and the snakes) as a case study to investigate the nature of traditional Roman religion and of the roles of ordinary citizens, freedmen, and slaves in local religious ritual and practice both in Rome and in other cities. My study also treats the emperor Augustus’ introduction of the cult of lares augusti at the street shrines throughout Rome in 7 BC. 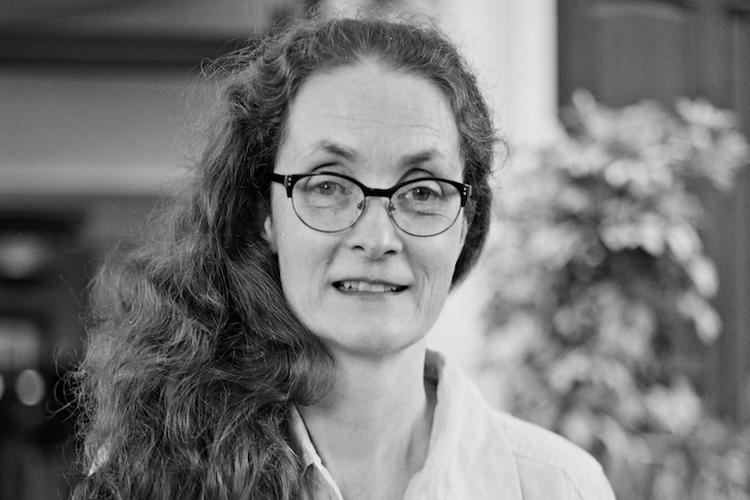 Clerk of the Faculty, Department of Classics
Andrew Fleming West Professor of Classics