A native of the Caribbean and Greece, I studied History and Liberal Arts as an undergraduate at the universities of Concordia and McGill in Montreal before going on to teach high school English in the post-communist Czech Republic, an experience which nurtured a commitment to the classroom. An unstructured stint in Greece reading ancient, medieval, and modern Greek literature confirmed my devotion to Hellenism’s enduring legacy and convinced me I was not done with schooling. I returned to Canada to earn an M.A. in Classics from the University of Western Ontario (’99), where I also began to study Greek palaeography and to develop an interest in Byzantine philology, both of which I pursued as part of a Ph.D. at Harvard University’s Classics department (‘07), partially carried out at the Freie Universität Berlin and completed during a stipendiary fellowship at the Dumbarton Oaks Center for Byzantine Studies. After lecturing at Harvard, I took up a DFG teaching post-doctoral fellowship at the University of Freiburg. I joined the Princeton Classics department in 2011.

In addition to textual criticism and Greek palaeography, my research interests pivot from a number of areas in Byzantine literature and culture, including the formal study of rhetoric, historiography, medieval criticism and aesthetics, letter-writing, and the reception and transmission of Classical texts in the middle ages. In the recently published Not Composed in a Chance Manner: The Epitaphios for Manuel I Komnenos by Eustathios of Thessalonike (Uppsala University Press, 2017), I offer the first large-scale study joined to a critical edition, translation, and commentary, of a formally ambitious political eulogy by the prolific twelfth-century classical scholar and bishop Eustathios. This work attempts to reconcile traditional philological practice to broader preoccupations regarding performance, style, and the ceremonial contexts which enabled Byzantine court oratory, all the while thinking anew about the potential insights afforded by such conventions as the editorial apparatus or the punctuation of the text. I am currently at work on a monograph about medieval Greek epistolography (Letter-Writing and Epistolary Culture in Byzantium10-12th c.) with the aim of profiling the lively, learned, and socially enigmatic practice of letter-writing in Byzantium during a period of self-conscious literary renewal. I have published articles on diverse subjects, including the varieties of narrative across medieval Greek genres, the centrality of performance in the study of rhetoric, the poetics of fiction in early demotic poetry, the aesthetic horizon of Byzantine historiography, and the evolving nature of Byzantine conceptions of the past. Besides epistolography, my current projects include an edition of the rhetorical and grammatical treatises of the eleventh-century polymath Michael Psellos for the Teubner series, as well as a reevaluation of the epistemological and cultural insights furnished by the study of medieval manuscripts. Overall, my research is guided by a desire to showcase the diversity of Byzantine literary culture. By bringing to light new texts, whose form and content defy existing classifications, I try to cast older texts in a new light and to encourage us to reexamine our premises about the medieval literary imagination.

I teach classical, as well as post-classical, Greek at all levels, from intensive Attic Greek for beginners (CLG101-102/103) to Biblical and Hellenistic Greek (CLG240). My undergraduate courses in translation have been on subjects as varied as “Homer After Homer,” “Ancient Friendship and the Modern Self,” “The Lives of Female Saints,” “Sex and Salvation,” and “Constantinople,” as well as the Freshman Seminar, "From Codex to Code: Technologies of Learning." I have taught graduate seminars on Late Antique and Byzantine historiography as a literary tradition, and a medieval Greek philology seminar which surveys the methodological and broadly intellectual challenges facing the field through readings of texts joined to scholarship. I have also offered graduate tutorials on various medieval Greek authors and genres from the 6th to the 14th century. I welcome proposals from graduate students interested in any facet of post-Classical and Byzantine literary and cultural history. 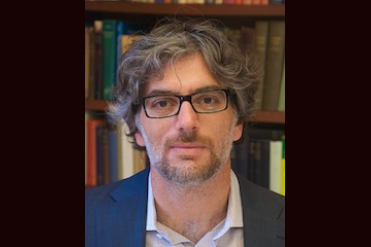 Associate Professor of Classics and the Stanley J. Seeger '52 Center for Hellenic Studies

Not Composed in a Chance Manner: The Epitaphios for Manuel I Komnenos by Eustathios of Thessalonike
Uppsala University Press