I came to Princeton in the fall of 2006 already determined to major in Classics. I had studied Latin for three years, but never been in a Latin class: my rural North Dakota high school hadn't offered languages, so I took Latin through distance education instead, mailing my homework each week to a teacher across the state. I had only ever read Latin prose, however, so I was in for a bit of shock when I enrolled in Ted Champlin's (poetry-heavy) "Invective, Slander, and Insult" my first semester. I can still remember spending hours in the depths of Firestone despairing over my translation of Catullus 7, poring over dictionary and grammar, convinced I would have to drop. Thankfully, as happens, I improved, and my experience that semester was so rewarding that I decided to major in Classics. The next semester I took Champlin’s Roman Republic and enrolled in Josh Katz' Turbo Greek with an amazing group of budding Hellenists. While I still know my optatives, it's auditory demonstrations of the circumflex accent and the visual mnemonic of arm-as-elephant-trunk for the perfect active of lambano that remain the most vivid and indelible memories from that semester.

All my academic experiences at Princeton were extraordinary, but none held a candle to those in the Classics department. I read Seneca and Vergil with Yelena Baraz, who would later kindly agree to be my (inimitable) thesis advisor; it was my paper for her Vergil seminar, writing on the old man of Tarentum in Georgics 4, that I first truly understood the magic of constructing and supporting an argument. I traveled to Rome for the first time to study spoken Latin with Fr. Reginald Foster, surrounded by dear friends and wonderful graduate students the entire summer. I read the Aeneid for the first time in Latin with Denis Feeney, while simultaneously reading the Odyssey in Greek with Froma Zeitlin, in an unforgettable class which already made an appearance in this spotlight in 2015. I can still remember Andrew Feldherr lecturing on Lucan’s address to Nero at the start of his Civil War during a lecture for “The Other Side of Rome”; the poem stuck with me, and I would go on to write a JP on Lucan’s with Andrew the following semester. Lucan’s epic became my senior thesis topic, and the process of writing it was so transformative that I began to take the idea of going to graduate school seriously.

I spent the year following graduation teaching English in a small city in China’s Hunan province through Princeton-in-Asia. I had hoped to figure out whether I liked teaching; I discovered I loved it. I put in my graduate school applications—with the help of many—and returned to the States the following year to start a Ph.D. in Classics at UC Berkeley. Graduate school has been a period of incredible growth and learning. The classical world has been thrown upon to me in new ways, and I’m thankful to have had the opportunity to dive more deeply into the worlds of material culture, cultural anthropology, and linguistics, as well as to have spent invaluable hours delving deep into texts new and old. During a seminar on Propertian elegy with Kathleen McCarthy, in particular, I started to think about the relationship between local Italian identity and Roman identity in authors of the 1st century BC. I eventually came back to the Mantuanus himself, and began a dissertation on the role of local Italian identity in Vergil’s Eclogues and Georgics. The dissertation has brought its own rewards and opportunities, and work on the project has pulled me back to Italy repeatedly over the past couple years, both for research and to present my work, including a year-long stint as a Rome Prize Fellow at the American Academy in Rome through last July. I will finish the dissertation this year and graduate in May.

Fulfilling in a different way has been the teaching I’ve done at Berkeley. In teaching, I am reminded constantly of my time at Princeton—of the amazing teaching and support I received while there; of the trenchant ideas and methodologies I was given to pass down. I’ve taught the Odyssey and Aeneid to students in classical mythology and composition courses, and shared insights about those texts from the scholars who know them best. I’ve taught a Turbo Greek class of my own, fully aware each day that I was channeling one of the best instructors I’ve had. I’ve led a lecture course on Roman civilization, teaching texts I came to love through the grace and generosity of those who taught them to me. And I’ve taught Latin classes where I witness students struggle through their own first assignment, only to emerge at semester’s end having truly improved in their ability to read Latin and understand antiquity. As I brave the uncertainties of the academic job market this year, I cannot say with certainty what will happen next, or where I will be next year. But I can assert with confidence that following where passion led was the best choice I have made. Happen what may, I know I have gained innumerable skills and experiences, effable and not, to carry me forward. 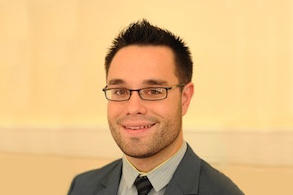