I wake up most Saturdays to a 6:30 a.m. alarm. It is my responsibility to get to the clinic before everyone else does—shut off the security system, turn on the lights in all the patient treatment areas, gather as many thermometers and pulse oximeters as I can into the vitals station. I sit down to check the patient schedule. With over 40 patient appointments, including annual physicals, IUD insertions, nutritional visits, and insurance eligibility checks, I can tell it’s going to be a busy day. I can start to hear the sound of cars entering the parking lot—the student volunteers and attending physicians are beginning to arrive.

I am currently at Yale School of Medicine, serving as the Executive Director of HAVEN, our student-run free clinic. Just six years ago, I remember poring through dusty tomes in Firestone, trying to craft the most seamless philological arguments I could for my junior papers, reveling over the fascinating perspectives that brilliant philologists and historians could provide. I remember staying up late in the common rooms in the residential colleges, translating Homer and Horace with my classmates, going line by line, word by word, sometimes even syllable by syllable. This task was made especially fun when we’d read the lines out loud, attempting to hear the music in the words and in the meter. I had the opportunity to learn history, linguistics, literature, art, and philosophy. My thesis even involved paleography and archaeology. One of the world’s greatest linguists, Joshua Katz, taught me Greek and Ted Champlin, one of the world’s greatest Roman historians, taught me about the rise and fall of the Roman Republic. The inimitable Froma Zeitlin, at her last undergraduate seminar, taught me the poetry of Homer in a mahogany-paneled room. I couldn’t have been happier with my choice of major.

While sifting through patient charts at Yale New Haven Hospital, I often recall moments where I paged through Cambridge editions of Euripides and Sophocles. When checking out a vaginal swab under the microscope to check for bacterial and fungal infections, I remember the intensity with which I studied my 6.9 cm by 8.1 cm papyrus under a magnifying glass in the Rare Manuscripts Library. I am not trying to claim that the skills required for those activities are comparable or even related, because that would be a stretch. But these similarities, these brief moments of deja vu, make me reflect on the various rambling paths that life has taken me on, and what a privilege it’s been for me to be able to follow my intellectual passions at every step in my education.

I cannot claim that choosing to major in Classics was rebellion for me. It is true that my mother and father had immigrated with me to the United States when I was seven years old in order for me to have a chance at a better life—a chance, as my parents saw it, for wealth and prosperity for our family line. My mother was a babysitter and my father worked odd jobs in construction. As their only child, the pressure was on me, from an early age, to become a lawyer or a doctor. I came to Princeton knowing I would choose a pre-med track, knowing that my life would inevitably lead to medicine. But choosing to take Effie Rentzou’s freshman seminar on “Ancients and Moderns: Classics in the 20th Century” or Bob Kaster’s class on Roman epistles felt challenging, stimulating and most of all, natural. It’s what I wanted to do. It meant that I often had to take five or six credits a semester to make sure that I could fit in my intellectual and professional aspirations. My parents, neither of whom was acquainted with the concept of a liberal arts education, nevertheless understood that there was nothing more important than following your interests and your passions.

A path from classics to medicine, for me, had nothing to do with the interface between these two disciplines. I am a sharper thinker because of my training in classics, and that certainly comes in handy when practicing medicine. I also had an easier time than my classmates in the anatomy lab, and physiology conferences, when the etymology of words would come in handy for memorization and spelling purposes. But for me, the choice of majoring in classics was not a utilitarian goal. I did it because I loved it. I would encourage any underclassman at Princeton to critically think about whether an education in the Classics could enrich their life. I took six credits most semesters, I learned German to be able to read the literature for my thesis research, I took two graduate level classes in my senior year, and participated in an oral rendition of Hippolytus with classmates. While in medical school, already thinking of applying to residency in a primary care specialty, I wonder how I got to where I am. I don’t really know. But what I do know is that whatever you go into, learn something, learn it well, and go crazy with it. You never know where your education will take you, and the uncertainty of it is half the fun.

[Isha Marina Di Bartolo graduated in 2010 and was at the time of writing a medical student at Yale School of Medicine and Executive Director of HAVEN, a student-run free clinic.] 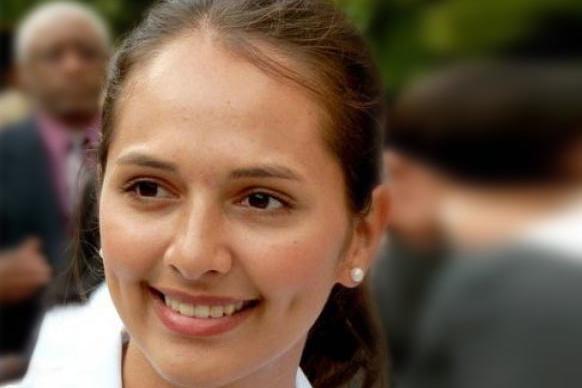