The decision to major in Classics at Princeton was an easy one for me: I had loved Latin in high school, so my freshman year I went to the Classics senior thesis symposium, where, in addition to traditional literary and historical projects, students also discussed their innovative interdisciplinary theses. The enthusiastic faculty response to one of these projects in particular, which involved the development of an epidemiological model of diseases in order to determine what, exactly, the plague of Athens described by Thucydides was, told me all I needed to know about the character of the department. Over the next three years, I explored history, language, and linguistics, culminating in my thesis on the development of the Proto-Indo-European pluperfect into Greek. I still hold that thesis among my proudest accomplishments.

My studies in Classics and linguistics have, unexpectedly, been nothing but helpful in the twists and turns my career path has taken since my time at Princeton. I initially thought I would go into academia and began a PhD program in linguistics at Harvard. After completing the coursework there, however, my growing interest in politics made me realize that I wanted a career with more political engagement than teaching would allow. I began volunteering on campaigns, starting with Hillary Clinton’s 2008 primary run, followed by Barack Obama’s campaign in the general. From there, I jumped into professional political involvement as the Executive Director of the Allegheny County Democratic Party (the largest committee in Pennsylvania outside of Philadelphia.) Greek and Roman history was a perfect primer for the endless petty conflicts endemic to local politics, so I was well prepared. I have since worked on judicial and congressional races, seeing a large cross-section of electoral life in America.

I have recently moved from direct electoral political involvement to law school at the University of Michigan. (I could not entirely disentangle myself from politics, though, and served as the Michigan statewide law school coordinator for Hillary Clinton, in which capacity I recruited and organized lawyers and law students for the campaign’s voter protection efforts.) I realized belatedly that my deepest regret from my time at Princeton was not taking Roman Law with Professor Champlin when I had the opportunity. It turns out that majoring in Classics was the perfect preparation for law school: law school exams involve taking a legal framework and applying it to a previously unseen set of facts, which should sound familiar because that is basically a sight exam. I felt comfortable immediately, unlike many of my fellow students. Skills in close reading have been extremely handy, as has my proficiency with linguistics: much of law is textual interpretation, and there is room for arguments based on the synchronic vs. diachronic meaning of words and constructions, in ways I did not anticipate when I decided to study law. My education in Classics and linguistics at Princeton has served me very well, and none of my education, which has sometimes bordered on the arcane, has been wasted time.

I would like to be a voice in favor of studying what you love, especially when you have access to a faculty as fine as Princeton Classics’, and I encourage current students to think about their careers in flexible terms. It’s cliché to say that you never know where life will take you, but it’s oft-repeated because it’s true. In the wake of the November 2016 election, I am seeing huge numbers of people on both sides of the aisle become interested in political engagement, people who were not previously interested. If that describes you, I would like to tell you that your education in Classics at Princeton has prepared you better than you know to jump into the fray and get involved, and whatever your political leanings, you should do it. And come check out law: I promise eventually you get used to lawyers mispronouncing all the Latin. 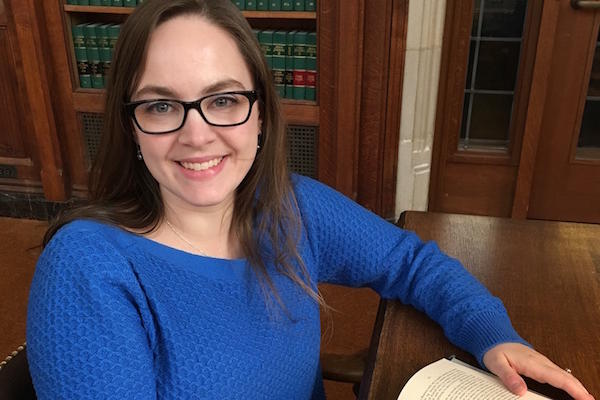