Princeton has named Nicholas Johnson, an operations research and financial engineering student from Montreal, valedictorian for the Class of 2020. Grace Sommers, a physics student from Bridgewater, New Jersey, has been named the Latin salutatorian.

The Princeton faculty accepted the nominations from the Faculty Committee on Examinations and Standing at a meeting this week.

Princeton will hold a virtual commencement for the Class of 2020 on Sunday, May 31, 2020, in which Johnson and Sommers will participate. An in-person ceremony will be held in May 2021.

Johnson said he appreciates the encouragement he has received at Princeton in developing his academic interests. The University’s support during international internships and cultural immersion trips to Peru, Hong Kong and the United Kingdom were especially significant, he said. But most of all, he treasures his relationships with classmates.

“My favorite memories of my time at Princeton are memories of time spent with close friends and classmates engaging in stimulating discussions — often late at night — about our beliefs, the cultures and environments in which we were raised, the state of the world, and how we plan on contributing positively to it in our own unique way,” Johnson said.

Johnson plans to spend this summer interning as a hybrid quantitative researcher and software developer at the D. E. Shaw Group before beginning Ph.D. studies in operations research at the Massachusetts Institute of Technology in fall 2020.

Sommers, who will enter Princeton’s physics Ph.D. program in the fall, is also pursuing certificates in applications of computing, applied and computational mathematics, and Ancient Roman language and culture.

“In addition to the joy of learning the material — which is why I chose physics — the approachability of my professors, both as advisers and as instructors, has been a highlight of my learning experience,” she said. “I’ve been fortunate enough to find research opportunities on campus for all three summers, which was another enriching part of my Princeton experience.” 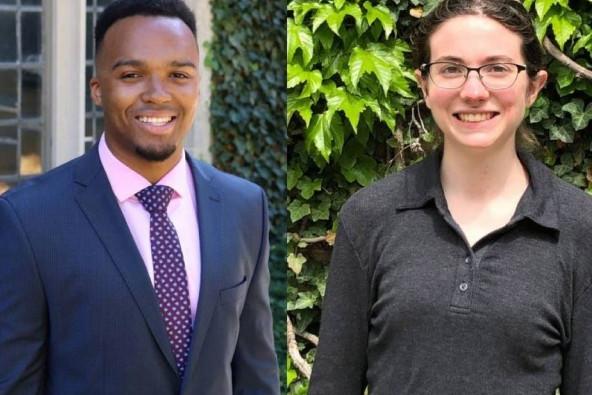