Dido, Queen of Carthage, is one of the best-known women of the ancient Mediterranean. And yet we seem to know little about what the Carthaginians themselves thought of her. In the 2021 Prentice lecture, ‘Wandering Dido: Reclaiming a Carthaginian Queen,’ Josephine Quinn, Professor of Ancient History at the University of Oxford, sought to explore this question in a wide-ranging investigation of the sources and stories behind the Dido myth.

Professor Quinn’s lecture covered multiple versions of Dido’s story, to examine whether we can recover a Punic perspective by reading surviving sources carefully enough. Because no Punic literature survives, ancient historians rely on secondary reports in fragmentary Greek histories, or on stories told from the hegemonic Roman perspective.

According to Professor Quinn’s telling, most surviving accounts of the foundation myth of Carthage center on the story of Queen Dido—also known as Elissa, Elishat, and Theiosso—throwing herself onto a fire rather than marrying the local African ruler Iarbus. Over the course of her one-hour lecture, Professor Quinn argued that the central elements of this myth, which are usually read through Greek and Roman sources, in fact tell a story about Carthaginians themselves.

The lecture began with an introduction from Princeton Classics Professor Denis Feeney, who highlighted Professor Quinn’s contributions in expanding our knowledge of the links between ancient cities in the Mediterranean. Professor Quinn then began her discussion of the complex history of Dido’s reception and traced what we know about the Carthaginian version of her story.

The discussion moved through a history of Carthage’s territorial and imperial expansion, which Professor Quinn argued created a “shared mythscape” among various Phoenician settlements in the Western Mediterranean, into which Dido’s story fitted neatly. Through discussions of later authors including Justin, Professor Quinn proposed that longer Roman histories preserve key details from the Carthaginian story. These details, she argued, reveal a Roman “take” on the story—an “adaptation” or “appropriation” that is “based on the same story if not exactly the same source”.

Professor Quinn concluded persuasively that it was not until the Aeneid that Dido’s story becomes “firmly Roman”: “Virgil sets [Dido’s] African story in a much more Roman frame,” she said. She added that Virgil seems to have transformed the foundation myth of Carthage into a story of the origins of Carthage’s rivalry with Rome and its eventual destruction, and made Dido more sympathetic, but also more helpless.

After Professor Quinn’s lecture, students and faculty asked questions that covered philological, historical and mythical terrain. A question from Professor Feeney about Dido’s proposed marriage to Iarbus prompted a discussion about endogamy, exogamy and the geopolitical relationships between Carthage and other ancient African peoples. Carthage, presenting itself as a hegemonic power, “turns inland” from the fifth or fourth century, Professor Quinn said. “Carthaginian power is expanding into Africa for the first time in a serious way.”

Other questions prompted discussions of Dido’s many names, as well as other elements of her story and its reception. With characteristic generosity, Professor Quinn speculated with members of the audience about linguistic evocations embedded in Dido’s name. The event was held on Zoom, and the thriving discussion came to a close at around 11pm in the UK, long after Professor Quinn had drained her cup of steaming tea. 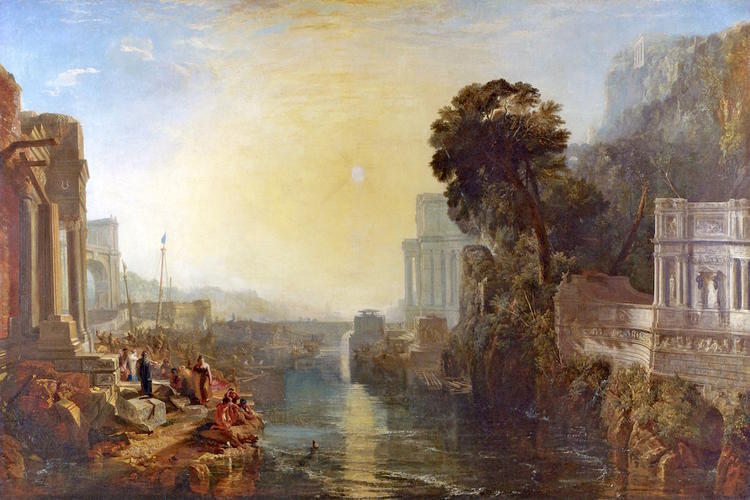