Ishion Hutchinson Reflects on Classics and Colonialism in Fagles Lecture

On the evening of Tuesday, October 24th, Ishion Hutchinson, winner of the National Book Critics Circle Award for poetry and Associate Professor at Cornell University, delivered the second in the recently inaugurated series of Fagles Lectures for Classics in the Contemporary Arts, entitled “The Classics Can Console?”

Following an introduction by Classics Department chair Professor Michael Flower, Hutchinson launched into a talk which was by turns scholarly and lyrical, grounding general reflections on classicism in his own experiences both as a poet and as a young man growing up in the St. Thomas parish of Jamaica. Hutchinson cast the lecture as a sort of Odyssean journey, and, as that comparison bodes, his talk tended, through manifold twists and turns, back to the homecoming of its central question: "The Classics Can Console?"

Hutchinson began by taking this Odyssean comparison further, assimilating the morning reveille siren heard over the parishes of Jamaica, summoning the inhabitants of the countryside to work, to the famous Odyssean Sirens, a comparison which would return as a structural motif at several keys points in the lecture. From this rather harsh "sound" he turned to a kinder one – the sound of poetry. He used a close reading of Derek Walcott's "Sea Canes" as a springboard for his reflections on the double-edged sword that classicism represents to a subaltern writer seeking his own voice while participating in a tradition of literature that is implicated in the historical oppression of his own people.

The late Walcott, a Nobel laureate, also hailed from the Carribean and is perhaps best remembered for his Omeros, a work in which he engaged at length with the legacy of Homeric poetry. He therefore functioned as a natural mentor and interlocutor for Hutchinson, whose talk derived its title from interrogating the closing lines of Walcott's "Sea Grapes": "The Classics can console / But not enough."

Hutchinson circled back around to this question by a digressive method. He offered a compelling and allegorically charged story, set in his childhood, of being assaulted by a charcoal burner's dogs after being sent to his house on an errand. The charcoal burner had served abroad in some war, and his dogs' names preserved suggestive traces of this experience and served to embody the discursive violence enacted by classicism on colonized peoples. As they mauled Hutchinson's flesh, their owner called their names: "Homer," Virgil," "Bizmark," "Churchill," "Napoleon."

From this anecdote, Hutchinson moved on to the relationship between death, naming, and memorialization as exemplified in two recent works: Citizen, by Claudia Rankine, which includes the names of African American victims of police brutality, and Alice Oswald's Memorial, the subject of the inaugural Faber Lecture in 2017, which expands on the names of the dead as narrated in Homer's Iliad.

T.S. Eliot served as a bridge back from police brutality and the history of colonialist violence inherent in American society to classicism. Hutchinson invoked Eliot's infamous 1933 lectures at the University of Virginia, published under the title After Strange Gods. Eliot's estate continues to suppress re-publication of these lectures for reasons that are clear. The most famously chilling of Eliot's pronouncements in this lecture series was that "reasons of race and religion combine to make any large number of free-thinking Jews undesirable." Hutchinson highlighted Eliot's equally distressing nostalgic vision of the American south and his lament that the outcome of the Civil War was the greatest disaster in American history. Hutchinson argued, with the support of remarks published by J.M. Coetzee, that the same conservative vision of culture which led Eliot to fetishize the American South without any apparent consideration for the suffering of the enslaved informed his better known fetishization of Virgil in "What is a Classic?" (1944).

Having thus returned to Classicism, Hutchinson essayed an ambivalent answer to his titular question, enlisting several other poets to his aid. From Geoffrey Hill, he borrowed the notion that poetry is "a sad and angry consolation," an apparent contradiction in terms which represents Hutchinson's irresolvable mixed feelings towards the classics as consolation. He invoked William Blake, particularly in the preface to his Milton, who offers round condemnation of the Greco-Roman classics while envisioning a "new age" in which these texts might not disappear but rather "hold their proper rank." Most tellingly, in offering the only answer he could to his own question, "Can the Classics Console?," he appealed to the mad poet Friedrich Hölderlin's neologism Pallaksch: "sometimes yes, sometimes no."

The talk was followed up by a question-and-answer session led by Professor of Classics Barbara Graziosi. Hutchinson's lecture was only one part of his week-long sojourn on Princeton's campus, during which he participated in numerous workshops with students and read his work at the Princeton Poetry Festival. Throughout, he proved a provocative and thoughtful voice as a poet and a scholar, and his testimony will certainly stay with those who had the privilege to hear him speak.

The Robert Fagles lecture is supported by the Department of Classics, the Department of Comparative Literature, the Humanities Council, the Lewis Center for the Arts, the Princeton University Public Lectures Committee, Labyrinth Books, and the Seeger Center for Hellenic Studies, with the support of the Stanley J. Seeger Hellenic Fund. 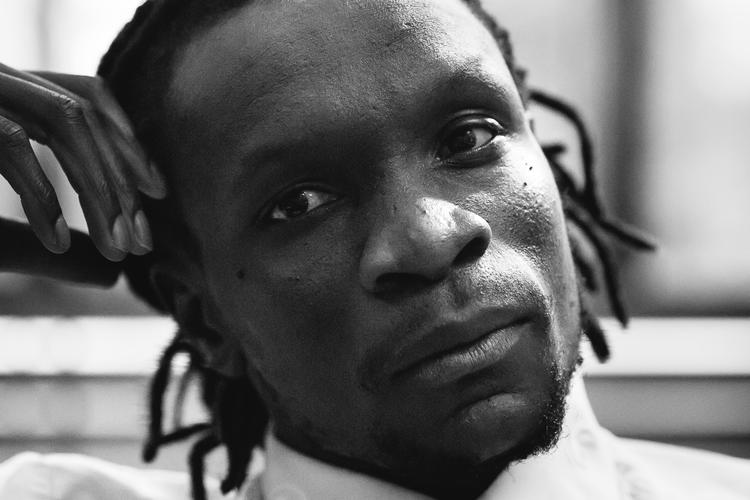