Professor van den Berg, who is a professor at Amherst College and a visiting fellow at Princeton University, shared some of this research during a lecture for the Princeton community: ’Forecast Eyes: Rhythm, Vision, and Philosophy in Cicero’s Orator’.

The talk was a detailed examination of Cicero’s last work on rhetoric, the 46 BC Orator. Professor van den Berg built on years of research on rhetoric, literary criticism and aesthetics in Latin prose literature to argue that this often overlooked text provides a “crucial reconceptualisation of oratory along a distinctly Platonic line”.

“It’s in [the] details of his reconceptualisation of Plato that the Orator emerges as what I think is what is one of the most intellectually rich and intellectually audacious attempts to endow rhetoric with a public purpose, and to connect it with his impending philosophical work,” Mr van den Berg said.

Professor van den Berg’s discussion of Orator’s visual culture was grounded in close readings, including of a passage on the difficulty of painting Agamemnon’s grief after the sacrifice of Iphigenia. According to Professor van den Berg, this passage is an important source for Cicero’s engagement with the concept of “dissimulatio,” or dissimulation:

[Because Calchas was saddened at Iphigenia’s sacrifice, Ulysses even more so, and Menelaus grief-stricken, that famous painter [Timanthes] saw that Agamemnon’s head had to be covered, since he was unable to portray those heights of sorrow with a brush.] 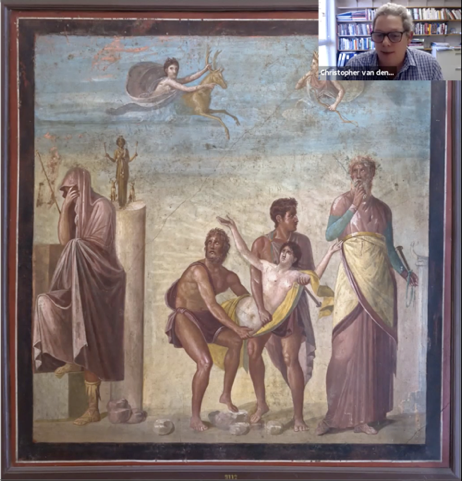 “The Orator is Cicero’s most sophisticated and complex presentation of the idea of dissimulatio,” Professor van den Berg said, adding that Cicero “aligns dissimulatio with the decorous employment of artistic technique”.

During the hour-long lecture, Professor van den Berg also discussed Orator’s treatment of the cardinal virtues prudentia, temperantia and moderatio. Stressing the derivation of prudentia from providentia, “foresight”, he argued that the term has an important visual dimension for Cicero.

Professor van den Berg applied this visual concept of prudentia to Cicero's extended discussion of clausulae, carefully placed rhythmic patterns whose use in rhetorical prose was subject to controversy: &quot;The philosophically oriented orator uses prudentia to look ahead to the end of sentences to forecast how to properly arrange and conclude one’s thoughts.”

Finally, after a brief discussion on temperantia or moderatio, Professor van den Berg concluded the lecture with some observations of how Cicero follows the stylistic precepts he recommends, arguing, with his own oratorical flourish that “Orator is not merely an account of style, it’s also an example of style. 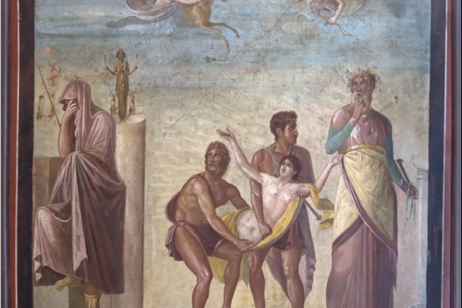